In 2013, Aurora, Colorado, was experiencing major demographic changes. A housing boom in this city east of Denver was bringing new families to parts of the city that were previously sparsely populated. However, enrollment was declining in the city’s lower-income areas, where many families of color lived.

A new superintendent took office in 2013 and saw opportunities for innovation and instructional improvement. In the years that followed, the administration engaged local nonprofits and families in a process of designing new schools – and preparing for the possibility of closing some as well. But the effort hit resistance when it came to the closure decisions. In May 2022, the Aurora School Board first rejected then approved a proposal to close two schools – a process that wiped out some of the goodwill built via the parent engagement process.

As other districts with declining enrollment are forced to consider school closures and consolidations, they can learn from the process that unfolded in Aurora. The Center on Reinventing Public Education at Arizona State University and the Center for Education Policy Analysis at the University of Colorado Denver observed the situation in Aurora and gleaned takeaways about parent engagement that may help guide other districts. They include:

The importance of the last of these lessons is more evident than ever in Aurora. District administrators and board members knew in 2013 that enrollment was growing in one part of the city, which created the opportunity to design new schools. But declining overall enrollment meant that some schools in another part of the city  would need to be closed. Starting in 2019, the district included hundreds of parents in design teams in anticipation of developing new magnet schools, upgrading facilities, and improving instruction district-wide.

Nevertheless, the school board’s decision in spring 2022 to shut down two elementary schools left many community members feeling blindsided. Moreover, because the schools to be closed were in older, shrinking parts of the city where residents were mostly low-income and persons of color, the closures were seen at best as racially insensitive. A teacher in a school slated for closure told a local news station, “Our community relies on our school not just for educational services, but other services. We provide English-language classes and adult English-language classes. We provide food to our families, we have vaccine clinics.” It was clear that the engagement project had informed the district’s decisions about the kinds of magnet schools parents wanted, and that parents, including those in low-income neighborhoods, felt involved. Moreover, the district thought it had telegraphed the necessity for school closures.

But many of the parents whose schools were suddenly proposed for closure were intensely upset. Their anger boiled over in public school board meetings, and led to an initial “no” vote on the district’s plans. District leaders, unprepared for the backlash, had to re-convince board members that closures were financially necessary, and to emphasize the support for their plan in other parts of the district. The board reversed itself on May 17, 2022 and approved the closures.

Disaffected parents in Aurora, mainly from low-income and minority groups, still see themselves as victims of a nasty surprise. One parent quoted in a local news story said he would need to “try to figure out, you know, if I’m even going to continue to send my kids to APS or try to enroll them somewhere else.”

At a time when many districts are losing enrollment, school closings and consolidations may be on the table in many more districts. Of the 100 large and urban districts in CRPE’s database, 40% reported declining enrollment between the 2020-21 and the 2021-22 school years.

In Aurora and elsewhere (such as Chicago in 2012, when the city closed many schools), parents are especially aggrieved when they fear that their children will have to scramble for new placements and potentially end up in distant schools with strangers. As one Aurora parent told a local news outlet, “We’re all left really perplexed and dismayed — not only about the criteria for closing schools but also for how the process works.”

The likely losers in a school closing decision are often financially disadvantaged or otherwise marginalized. They need to know what is about to happen and how their children will be protected and cared for after a decision is final. Districts need to create favorable options for kids whose schools will be closed as they pursue broader plans for system improvement.

Aurora committed a lot to family engagement. But district leaders were still surprised by the reaction to decisions that they thought would benefit the community as a whole. In a coming post, we’ll offer more detail about what other districts have learned — and might in many cases have forgotten — about how to deal forthrightly and respectfully with families when their schools must be closed. 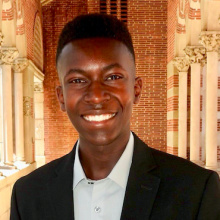 Declining enrollment and school closures: How districts can better manage a difficult process

Families, teachers, and community members whose schools are closed often pay a big price. But thoughtfully structuring the problem and carefully designing the process for...

Jefferson Country Board of Education Member

Closing schools in a time of enrollment decline

Enrollment declines nearing 10% in Los Angeles, New York, Chicago, and other metro area school districts this fall have revived the possibility of closing and...