Tough Sledding Ahead as NOLA Schools Return to Local Control

The big question about a portfolio school system—where all schools operate under strong performance and equity oversight, but are free to innovate and provide coherent instruction without fear of constant re-regulation—is whether that vision can be accomplished under a locally elected school board’s control. And now, a bill moving quickly through the Louisiana state legislature will put that question directly to the test.

SB 432 proposes, over the course of two years, to move all New Orleans charter schools now run by the state Recovery School District (RSD) back to the oversight of the locally elected Orleans Parish School Board (OPSB), which oversaw New Orleans public schools before Hurricane Katrina. The bill addresses a legitimate and urgent community concern—the desire for local control. Whether or not students will benefit, however, depends heavily on sustained private initiative, and on whether the local board can focus on overseeing performance not politics. Back in the late 90s, CRPE’s original vision of a portfolio school system was based on re-missioning school boards to get them out of the business of running schools directly and instead move to a single focus: overseeing school performance contracts and monitoring equity.

A small number of forward-thinking local boards and superintendents have taken on this challenge and are working toward full portfolio status (for example, Denver and Cleveland). But the most robust implementation of the portfolio strategy has come from state takeovers (for example, New Orleans, Memphis, and Lawrence, Massachusetts). This is because local boards and voters are seldom keen to cede direct operation of schools, even if the existing system is grossly failing students.

But state takeovers have their own liabilities and aren’t sustainable over the long term. Race is also a major factor. As a friend from Detroit said, it’s not defensible to tell a mostly black population that they can’t be trusted to elect their school board when all of the neighboring white suburbs can.

At CRPE, we’ve been thinking for some time about ways to reconcile the technical advantages of state-controlled portfolio districts with the legitimate desire for communities to have a voice in the city’s public schools. We have proposed a way to have local elections and a stable portfolio strategy, by limiting the school board’s power to deciding what schools will operate in their city, preventing them from operating any schools themselves, and putting in place a system checks and balances that ensures failures in local governance are addressed via state action. We have also developed model legislation along these lines.

All of this has been theoretical until now. Louisiana’s SB 432 is the first serious effort to fully implement the portfolio strategy under a locally elected school board.

Like any legislation, it’s the product of compromise and therefore by no means perfect. But it thoughtfully tries to constrain the board’s action by creating firewalls to protect school autonomy and enrollment-based funding and by requiring all schools to participate in RSD-developed common enrollment and student discipline systems.

The optimists say that things have changed enough in New Orleans for this kind of local control to work. Parents are used to choosing schools. Schools will defend their autonomy. The city has cultivated groups that have a vested interest in sustaining educational progress. Firewalls in Louisiana’s charter laws prevent a return to the corruption and patronage of the old days. And for the first time in a decade, the district central office is looking to reinvent itself.

All of this is true, and yet, there are still major risks with a return to local control that city leaders will have to work hard to address.

The real strength of the RSD has been its people: their willingness to take bold action in the name of quality and equity, and their commitment to finding thoughtful and collaborative solutions to the very complex challenges of overseeing a fully decentralized school system.

One of the problems with returning to an elected board is that it makes difficult decisions subject to a popularity contest. Will the OPSB be willing to take political heat for continually closing down the lowest-performing schools and replacing them with better ones? This is crucial: protecting existing charter schools is not enough, because New Orleans still needs to go through many more cycles of continuous improvement. Most “F” schools are gone or have improved, but there are still too many struggling and middling schools, and too many schools that get great test scores but are far from fully preparing students for a successful career or college. The most generous observers say the system has moved from “F” to “C” on academic indicators alone.

There are also still startling inequalities and regulatory challenges. This year, former principals at ReNew SciTech Academy were accused of fraudulent reporting about special education. Despite a new citywide expulsion policy, schools struggle to maintain orderly classrooms without resorting to harsh discipline tactics. New Orleans has one of the highest youth incarceration rates in the country and an overwhelming number of students who experience trauma and mental illness. The schools have only barely begun to grapple with how to address these issues and will not be able to do it on their own.

A return to local control will fail if the goal is to simply hold steady on the work of the previous ten years. Moving the system from “C” to “A” will take constant work and willingness to solve problems that don’t always have politically popular solutions, whether that’s taking action on a low-performing school or ensuring schools don’t engage in discrimination or acts of malfeasance. Local community organizations will need to work together to hold the board accountable. Parents and charter operators will have to aggressively defend what they have. The city also needs to ensure that New Orleans remains a magnet for talented teachers and school leaders.

These are significant challenges but they are all the more serious given the proposed timeline: All 50-plus schools currently run by the RSD will move to OPSB oversight by July 1, 2019. This is an incredibly aggressive timeline for the tiny OPSB central office staff and political board to prove they can handle the full complexities of continuous improvement and regulatory management necessary for continued progress. If OPSB proves unprepared to govern the full slate of schools, there is no provision for delay beyond 2019. For that reason, the state board and legislature need to monitor progress to ensure key transition milestones are met.

The biggest weakness in the bill is that it fails to put in place the kinds of checks and balances to ensure that failures in local governance are addressed and progress for New Orleans continues. While local charter schools can seek reauthorization from the state board if local control is not to their tastes, nothing in the bill ensures that the board will meet the transition milestones established in the legislation. If the board returns to its old ways, little is in the way to stop them.

This approach to a return to local control is not ideal, but the goal is right. While the risks are high, the risk of ignoring growing community resentment is likely higher. At CRPE, we will do all we can to support a successful transition and will be watching to call out successes and concerns. We hope that all those who have critiqued state control and called for a return to the community will do the same. There will be tough sledding ahead. 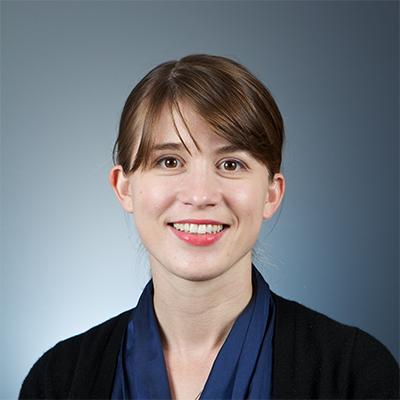