How ready are schools for Omicron? December snapshot of 100 districts

School systems are pulling across the finish line of a trying semester marked by staff shortages, threats to campus safety, and political battles over health measures.

They head into a winter break with little clarity on their newest wrinkle: how the omicron variant will affect their operations, and what they will do to keep all students safe and learning if infection rates climb in their communities during the holidays.

Few districts have directly addressed the highly contagious variant in public communications, and those that have, like Austin Independent School District in Texas, have stressed the value of existing health precautions: masking, vaccinations, and COVID testing.

In some districts, the state of those precautions remains in flux. Here is a look at the current state of play, drawing from our review of 100 large and urban school districts.

This fall, test-to-stay policies provided districts a way to limit quarantines while limiting the spread of the virus in schools. Students who may have been exposed to COVID could sign up for regular testing, and as long as the tests were negative, they could avoid quarantines and continue coming to school.

The Centers for Disease Control and Prevention removed one potential stumbling block last week, when it issued long-awaited guidance outlining how school systems can use test-to-stay programs. But other barriers remain. Districts still face challenges procuring tests, finding enough staff to administer them, and securing consent from students younger than 18 to participate in testing. The CDC’s announcement—which arrived on the last day of school of 2021 for most students—means that districts that waited on federal guidance will not likely be able to immediately execute this strategy in the new year.

Currently, 13 of the districts reviewed use a test-to-stay strategy to keep students in school, a slight increase since October. One district in our sample, DeKalb County Public Schools, outside of Atlanta, has indicated it would like to implement a test-to-stay program, but lacks the health office staff necessary to put it into action.

State governments play a critical role in making district test-to-stay policies possible. In Delaware, Red Clay Schools offers a clear and detailed test-to-stay policy, made possible in part by a statewide partnership with test supplier Quidel. The company provides tests and clinical staff to implement them.

In Utah, Alpine Public Schools has prepared a test-to-stay program on an “a- needed basis” and only plans to implement it when a school reaches a specific threshold.

Falling COVID cases and political showdowns with states have prompted some districts to pull back mask requirements.

San Antonio removed its mask mandate in early December, two weeks after a court of appeals allowed the state to continue suing school systems that require masks. However, it reinstated the mandate six days later, on December 8, in anticipation of increasing cases. In Connecticut, mask policies play a role in a new push to limit quarantines. Bridgeport Public Schools is participating in the state’s “screen-to-stay” program, which allows students to avoid quarantine and testing even if they have been exposed to the virus, as long as they don’t show symptoms. Students are eligible for the program if they were wearing masks, outdoors, physically distanced, or only unmasked for a short period of time when the suspected exposure occurred.

After a wave of district vaccination policies, few districts have changed their stance. Two districts recently added new vaccination requirements, with Detroit Public Schools announcing a new mandate for all staff on December 16 and Boston Public Schools removing its testing opt-out on December 20, requiring all employees to get vaccinated. Sacramento Unified also instituted a vaccine mandate in mid-October, and Maryland’s Montgomery County recently scaled back its previous mandate to allow staff to opt-out with testing. L.A. Unified School District recently enforced its staff vaccine, firing 500 employees in December who were out of compliance.

Student vaccines, meanwhile, have faced greater hurdles. A week after the staff vaccination requirement took effect, LAUSD pushed back the student vaccine requirement deadline, delaying the date by which thousands of currently unvaccinated students would have to either get their shots or shift to online learning.

Preventative testing remains underused, but more districts are trying it

Like other COVID precautions, testing remains in flux. And while districts are increasing access to optional preventative COVID testing, few have made this mandatory.

Outside Atlanta, Gwinnett County Public removed a mask mandate but announced plans to start piloting regular, optional COVID testing for students and staff at some campuses in January.

While Maryland’s Prince George’s County drew headlines last week for moving to virtual learning in the new year, school systems elsewhere face pressure to keep schools open in person. Even in COVID-cautious jurisdictions like New York and Boston, frustrated parents worry about another loss of childcare, and school leaders fear the toll of another bout of remote learning could exact on their students.

Still, even when districts commit to keeping kids in classrooms, staff shortages and quarantines threaten to disrupt learning for some students or some schools.

Once they get a chance to catch their breath during the holiday break, district leaders should revisit their quarantine policies and look for ways to keep as many students safely learning in classrooms as possible. They should also ensure all students will have access to online learning platforms that ensure continuity of instruction and meaningful, real-time interactions with adults who will keep them engaged in learning even if their work has to shift online.

But districts will need support from other levels of government, which have often been unhelpful or too slow to act. The CDC’s test-to-stay guidance appeared months after states and school districts started using the policy to limit quarantines this fall. If district leaders have to wait a full semester for guidance on how to reassure the public in the face of the omicron variant or for help addressing staff shortfalls, another COVID-disrupted school year will already be over. Students can’t afford that. 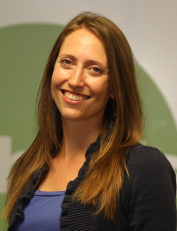 This brief includes one example of how to use the COVID-19 School Data Hub, as well as how it compares to other similar US databases....

A Roadmap to Kick-Start Recovery in 2021: Six Principles for Summer Learning and Beyond

This paper presents school districts with six principles of summer learning that can guide pandemic recovery and planning for the summer, fall, and beyond.

“Public Education Will Never Be the Same”: How COVID-19 Forced School District Leaders to Innovate on the Fly

In this brief, we summarize themes from an American School District Panel survey on innovation during COVID-19.

Can public education return to normal after the COVID-19 pandemic?

Regardless of how long or short a time the current pandemic lasts, the “normal” in politics and schooling is unlikely to return anytime soon.