Bringing a greater sense of order to the school choice application and enrollment process is getting a great deal of attention these days. In the two months since we released our report on common enrollment systems in New Orleans and Denver, I’ve fielded several calls from individuals in charter advocacy organizations, mayors’ offices, school districts, and city-based educational advocates.

Essentially, everyone is asking: Did it work? And, will it work in my city?

Common enrollment centralizes the application and student assignment process for a city’s district and charter schools. Parents fill out a single application with a single deadline, ranking any and all public schools they want their children to attend. Families can safely list their true school preferences (instead of trying to outwit or second-guess the system), thanks to software coded to capture all of the city’s school assignment rules and perform a lottery to match students to schools. In New Orleans, the system now includes both the state-run Recovery School District (RSD) schools and Orleans Parish School Board (OPSB) schools—in total all but 10 of the city’s public schools.

As with any policy, figuring out whether the policy worked or not depends on what you think common enrollment is supposed to accomplish. We want these systems to fix several different concerns—make it easier for parents to apply to schools, make sure no one is playing shenanigans with enrollment lotteries. We hope that they will address even more issues—lead to more equal participation in school choice, provide good demand data to help portfolio managers better manage the supply of quality schools.

This week in a piece published in Education Next, Doug Harris, Jon Valant, and I look back on the first three years of common enrollment and discuss what it has meant for parents and school system leaders in New Orleans. We find that New Orleans has come a long way since 2012, the year the RSD adopted the OneApp for its public schools. The system has brought important improvements for families and the school system but, also common for policies that endure, the system is still improving and evolving.

Before 2012, enrollment in New Orleans was often opaque and chaotic at best, and deeply unfair at worst. Each individual school had its own enrollment process, making it possible for parents and school leaders alike to game the system. “Back door” admissions favored assertive or politically connected parents. Some principals tried to cherry-pick the best students, excluding those they didn’t want, according to a survey released this spring by the Education Research Alliance. Bottom line: families faced a playing field that was far from level.

My CRPE colleagues and I drew on parent surveys and focus groups, interviews with school and district leaders, and analysis of school application data in our study of common enrollment in Denver and New Orleans, the first cities in the country to adopt such systems. While it’s too early to judge the ultimate effects (these systems are still less than five years old) initial evidence suggests common enrollment is a valuable—if incomplete—solution for making school choice work for families.

Thanks to One App, New Orleans now has data on parent preferences and student enrollment in a consolidated information system. RSD leaders are using these data along with data on student outcomes to better understand how well the portfolio of schools is meeting families’ needs, to help schools analyze school demand patterns, and to develop plans to expand or replicate popular programs.

The move to common enrollment also brought new parent information resources, including parent guides that use common metrics to assess performance school by school. New Orleans parents reported using these guides in their decision-making process; they also reported wanting more detailed and personalized school information. Leaders at the Parent Guide, RSD, and OPSB are discussing ways to provide this information.

Since launching the OneApp, the process and procedures have undergone several revisions and leaders acknowledge that they need to fine-tune the system further. Parents still need more help to fully understand the matching process, something that must happen to assure long-term trust in the enrollment process and overall choice system.

Though 80 percent of New Orleans students were matched to their first or second choice schools in 2014, and city leaders have aggressively communicated to parents the optimal strategy for filling out the school-choice form, we learned that few parents actually trusted this message and many filled out their forms based on misconceptions. To combat this, New Orleans could create simple interactive tools that allow parents to engage in mock lotteries, provide information on each school’s climate (beyond academic results), invest in school choice counselors, and provide ongoing support for school staff, who parents often rely on as a main source of guidance in choosing the school that best fits their child.

As I’ve written before, common enrollment lays bare the distribution of high- and low-performing schools in a city (and related differences in demand for schools). OneApp attempts to fairly and effectively distribute the available supply of schools (no mean feat in New Orleans). But policies like OneApp aren’t designed to directly boost the overall supply of high-quality schools.

As we learned in our research, parents remain appropriately concerned about the root problem: having enough high-quality schools to go around. This is the task at hand for New Orleans, one that city leaders clearly recognize.

School choice and the One App enrollment system offer a healthy start to providing a great school for every child in New Orleans. But city leaders must continue to work aggressively to ensure adequate supply of great schools. Otherwise, parents may wind up feeling they have no real choice at all. 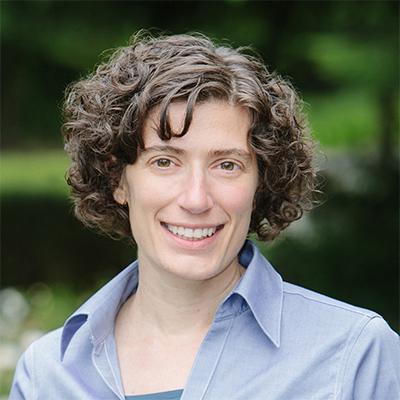